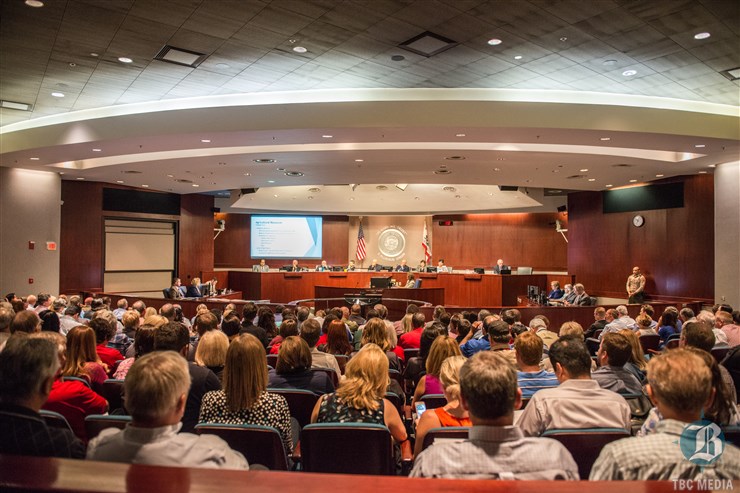 Spectators fill the Kern County Board of Supervisors chambers at the first public meeting to discuss a new oil and gas permitting plan.

Kern County’s plan to streamline oil and gas permitting here got a sea of support Monday at a joint workshop before the Kern County Board of Supervisors and Planning Commission.

One or two points of dissatisfaction expressed hinted at what is expected to come next — a very public showdown over the plan between the agricultural industry and oil and gas producers.

But Monday was all about the petroleum sector.

Oil and gas leaders, workers and supporters, wearing grey stickers with the tag line “I am the oil industry,” packed the Board of Supervisors’ chambers and overflowed into a TV-viewing area set up in the foyer of the County Administrative Center downtown.

Many people spoke in support of a program EIR, and a separate county ordinance revision, that would force oil companies to get a county permit before they drill one of an average of 1,800 to 2,000 wells sunk here each year.

They said the change would give oil developers certainty they can drill wells and tap oil reserves under a clear, swift process.

Only a single voice, that of agricultural industry representative Larry Moxley, questioned the county’s process.

Moxley made no comments about the substance of the county plan or the EIR. But he complained the county has refused to delay a 45-day review period for the EIR by even as few as 15 days to provide for adequate public comment.

That, he said, is suspicious.

Kern County Planning Director Lorelei Oviatt said the next five months will be dedicated to public comment on the EIR and ordinance changes. Opponents will have plenty of time to raise their concerns, she said.

But even a 15-day delay could push meetings into the holiday season and create a logistical snarl that would delay the process by more the 15 days.

Oviatt spent the first 2 1/2 hours of the workshop explaining the county’s new permitting plan and how it would be accomplished.

The plan would cover 2.3 million acres — the entire San Joaquin Valley portion of the county, excluding land in city and state and federal jurisdictions.

For the first time oil companies would be required to get county approval before drilling a new oil well.

Currently, oil companies are allowed to drill wherever they own or lease the mineral rights, once they comply with basic requirements from the state Division of Oil, Gas and Geothermal Resources.

So the county ordinance and permit program would create a place where the two groups could, hopefully, compromise, she said.

But Oviatt pointed out that there is a history of mineral rights owners ignoring surface owners’ rights and launching drilling operations on ground that’s already in use.

And contentious litigation between some growers and oil industry leaders has gone on for years.

Oviatt said the county’s goal is to streamline the permitting of oil wells while ensuring surface rights holders and the public aren’t negatively impacted.

The county will hold additional workshops in Shafter and Taft before the Planning Commission hears debate and acts on the issue Oct. 5. Next up would be the Board of Supervisors.

“We expect to be at the Board of Supervisors by the end of the year,” Oviatt said. “We look forward to a lot of questions and comments.”

Suzanne Noble, vice president of the Western States Petroleum Association, told county officials the oil industry is willing to undertake more expense and effort to comply with the county rules in order to get the “economic certainty” they could get wells permitted.

She urged them to reject the requests of “some” surface-rights holders and move the process forward without delay.

Bakersfield City Councilman Terry Maxwell, speaking for himself, said the county should support the oil industry, which powers county and city coffers.

“We’ve very much enjoyed getting to know our customers, many of which are employed in the oil industry or are connected to someone who works in the industry,” said Justin Salters of his family’s business, Salty’s Barbecue.

The next workshop will be held 6 p.m. Aug. 10 at the Shafter Veterans Building, 309 California Ave., Room 2, in Shafter. Community Voices: Why is California punishing our alternative energy leader? 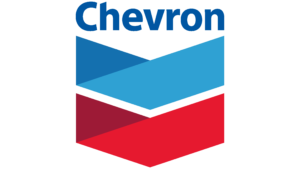 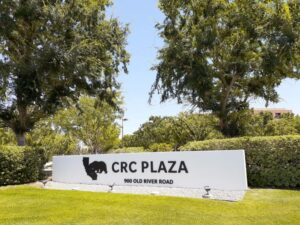 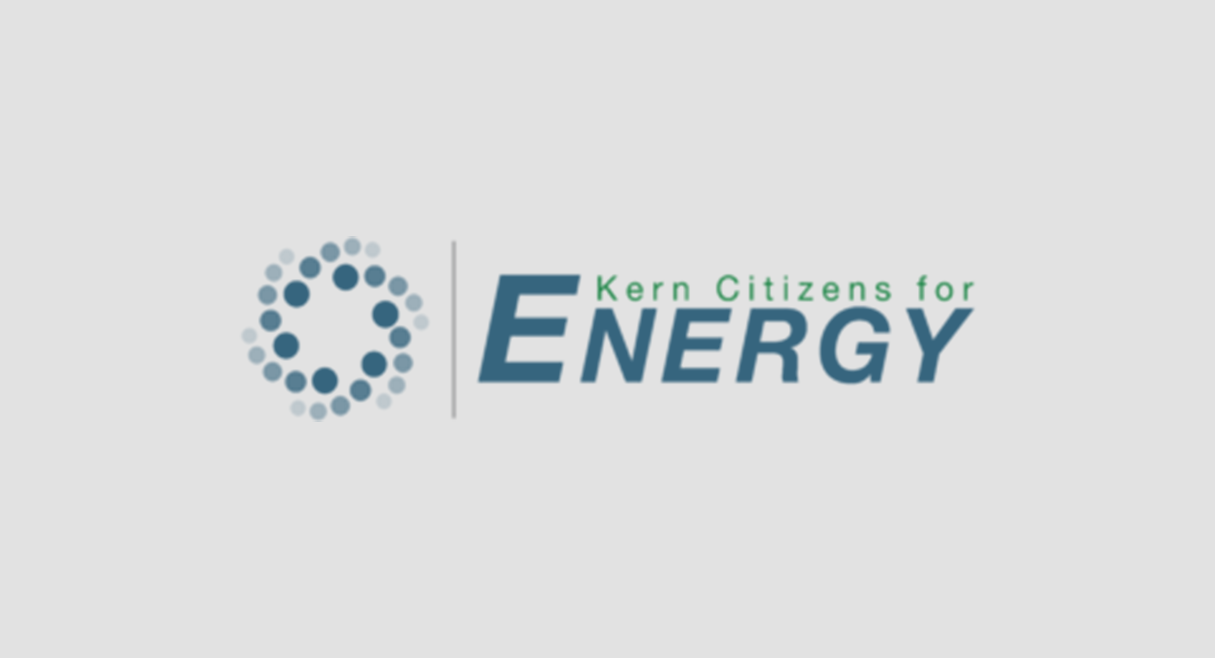